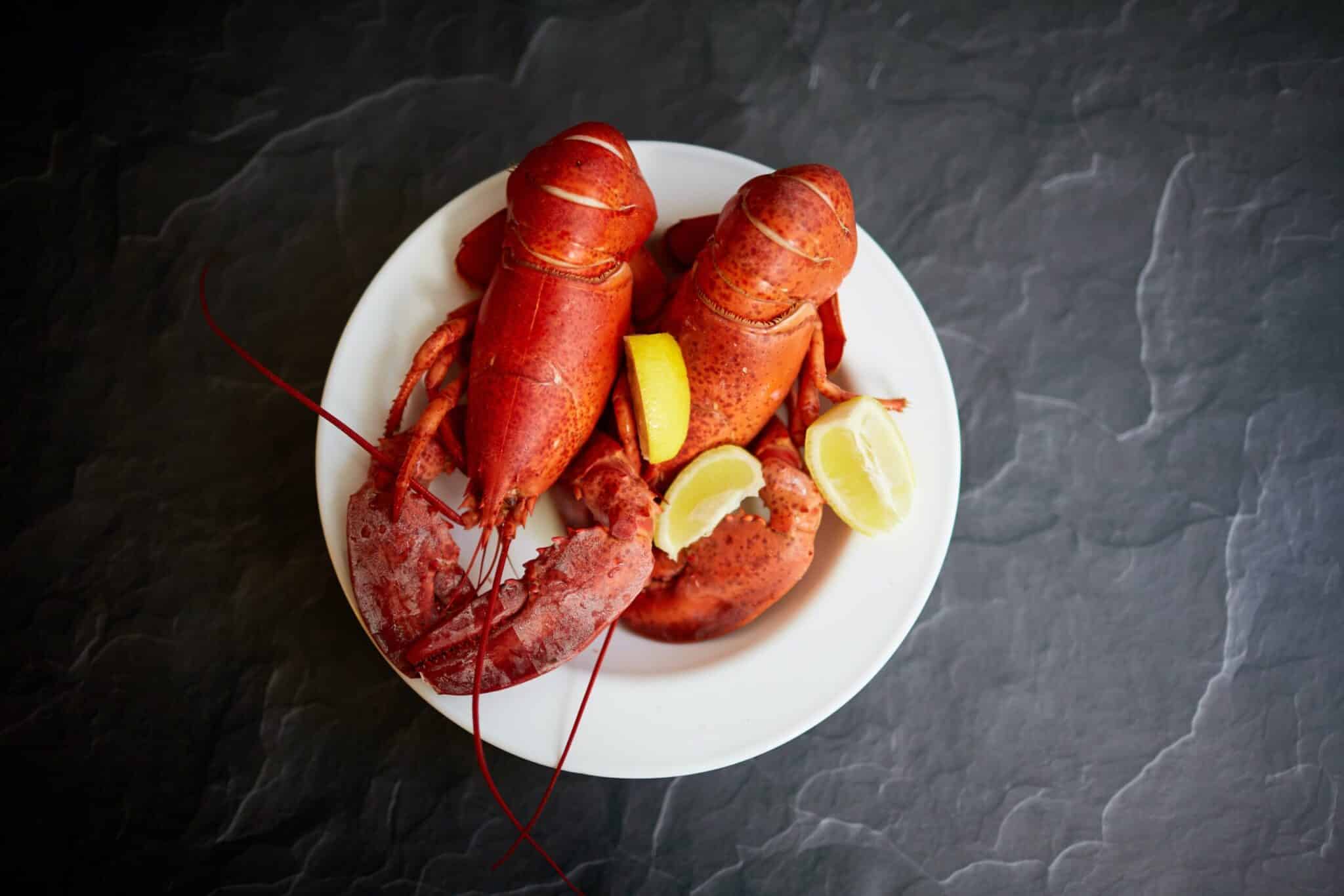 Enjoying a tasty lobster dinner is part and parcel of the Maine experience. However, placing an order for lobster can have its own set of challenges when you’re unsure of what it is you’re ordering. Whether shopping for lobster in a lobster pound, at a market, restaurant, or roadside or going online to place an order, it pays to be familiar with the lobster trade language. So you know what to expect, the following is a brief glossary of common lobster terminology and lingo to help you find your way around any lobster pound, shop, or menu:

Carapace: The main body of a lobster from its eyes to the start of its tail.

Claws: The more familiar name of a lobster’s front legs are referred to as its claws, which are used to fight off predators and catch food. The larger of the two claws is called a crusher, and the smaller one a pincer.

Culls: A lobster that has lost one or both claws is referred to as a cull. The loss of a claw is generally a result of predator interaction. Fortunately, lobsters can regenerate their claws.

Hard-shell lobster: Once a lobster grows into its softer shell, it hardens for the winter months for the lobster to grow comfortably into it. Hard-shell lobsters have approximately 30% more meat than soft-shell lobsters, but, as there is less fishing during the winter, hard-shells only account for 15%-20% of the annual landings.

Knuckles: The knuckles are the oversized joints that connect each claw to a lobster’s carapace or body. Connoisseurs favor knuckle meat for its rich taste.

Legs: Lobsters have five pairs of legs, totaling 10. The four smaller pairs along its body are referred to as walking legs and contain small strips of meat. The two larger front legs are better-known as their claws.

Lobster shack: In coastal New England, but especially so in Maine, a lobster shack is the name given to the quintessential roadside restaurant or walkup stand that may serve assorted local seafood but specialize in freshly cooked lobsters to go.

Roe: The eggs and egg sac of a female lobster. Also referred to as coral, located under the tail section, it is considered a delicacy. Deep red in color when raw, it turns coral pink when cooked.

Sleeper: Term used to describe a sluggish lobster that, usually, is in the throes of death for having been out of its natural environment too long. A sure sign of a sleeper is its near-complete loss of motor functions, such as moving its claws. Probably best to avoid consumption.

Soft-shell lobster: In the late spring and early summer, most lobsters molt their winter shells to grow into larger, softer shells over the summer and early fall. The summer months are considered soft-shell lobster season, when, with more visitors in Maine, demand is at its peak. The full soft-shell season lasts through the late fall, and it accounts for approximately 80% to 85% of the annual landings.

Tomalley: The familiar light green-colored, gooey substance found within the lobster’s carapace, is its hepatopancreas, i.e., it’s liver and pancreas. Though tomalley’s rich-as-butter flavor is prized by connoisseurs, it should not be consumed regularly due to the contaminants that settle in the liver.