Is Monkfish the Poor Man’s Lobster? 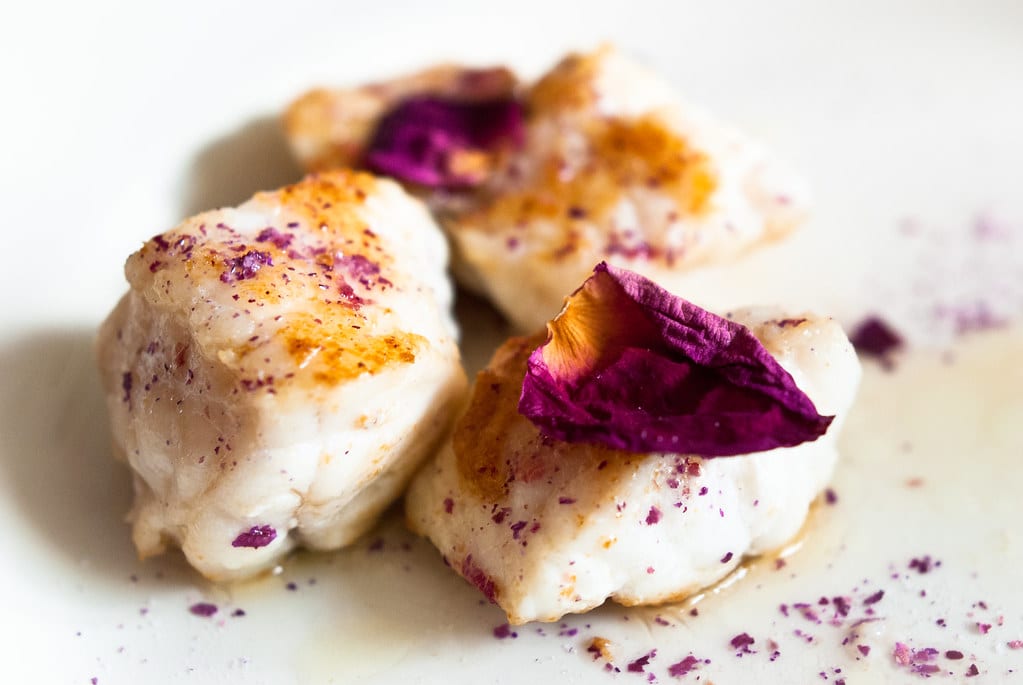 In Maine, Monkfish is often described as the poor man’s lobster—if it receives any favorable press at all. Historically stigmatized, primarily due to its nasty disposition and freakish appearance, Monkfish was once considered a trash fish in Maine and throughout the eastern seaboard. Even today, as its reputation as a choice seafood, is growing, there is still an air of reluctance or hesitancy about ordering up Monkfish. It is an elusive first choice often overlooked on menus and fish markets. Its primary market has traditionally been Europe and Asia, where it has long been considered a delicacy.

Justification as the poor man’s lobster is really not that fair—to Monkfish or lobster. As a food source, Monkfish is a sustainable protein and an exceptionally healthy food choice that is high in nutritional value. It is also tasty. Prized amongst chefs worldwide as haute cuisine. It’s well-regarded for its versatility, utilized in various dishes—sauces, gravies, sushi, soups, and pasta—and as a main course—grilled, roasted, fried, or broiled.

Word may be spreading and the veil lifting. Maine monkfish landings have increased in recent years; as fisheries along the coast diversify, Monkfish is included in their annual catch and available in fish markets. Does that mean the Monkfish is catching on? As more people become curious about sampling monkfish, more questions arise. They want to know exactly what the damn thing is, how such a grotesquely looking sea monster tastes, and how something that ugly could be a sustainable choice. Here then, are a few answers:

What kind of fish is Monkfish?

Monkfish, the Lophius americanus, is the most common nickname for what is officially known as the goosefish, a species of anglerfish that dwells on the bottom of the North Atlantic. In North America, its range is from the Gulf of St. Lawrence to North Carolina. It is considered a veracious predator that will devour pretty much any other bottom dweller that it can sink its razor-sharp teeth into, such as crabs, skates, lobsters, and other bottom crawling fish. It even has a lure-shaped appendage sticking out of its head that attracts its prey if it is not ugly enough.

Monkfish resemble a gigantic tadpole with its distinctive mouth filled with nasty teeth, a broad head, and tapered body. They are a mottled shade of olive-green and chocolate-brown color on top with a whitish-colored underside. They can grow up to four feet and weigh fifty pounds. The rows of teeth grab, crush, and crunch anything within its grasp, and when hauled up in nets, it is wise to keep hands away from its mouth.

Some may argue that Monkfish derived its nickname as the poor man’s lobster because of its low cost. True, fishmongers once joked that the demand for the freaky-looking fish was so low that they’d pay their customers to buy it. All of that changed with one taste. The tail meat of Monkfish is boneless and regarded for its dense, mildly sweet taste. Its firm texture and flavor is not only similar to lobster tail but scallops as well. Seared monkfish cheeks are a savored across Europe, and its liver and stomach are a delicacy in Asia. In Japanese restaurants, the liver is referred to as the sea’s foie gras, served as ankimo sashimi.

Monkfish is very good for you. It contains a healthy dose of minerals and B vitamins and a low-fat, low-calorie, low cholesterol source of protein. Its many health benefits include helping maintain a healthy cardiovascular system, good bone health, boosting immunity, strengthening muscles, and improving cognitive functions and gut health.

The answer, in short, is yes. Wild-caught Monkfish is considered a smart seafood choice that is sustainably managed and responsibly harvested under U.S. and Canadian regulations. Once overfished in the 1980s and 1990s to meet the high demand of the Asian export market, in the early 2000s, Canadian and U.S. regulating agencies stepped in to manage the fishery. By 2013 stock assessments, the Monkfish had rebounded and is not overfished.

Though Monkfish may not be the most beautiful creature in the ocean, when it comes to a delicious tasting seafood, one that’s versatile and sustainable, locally sourced and abundant, broiling up a tail and dipping it in butter may just convince your palate, after all these years, that lobster might well be the poor man’s Monkfish.