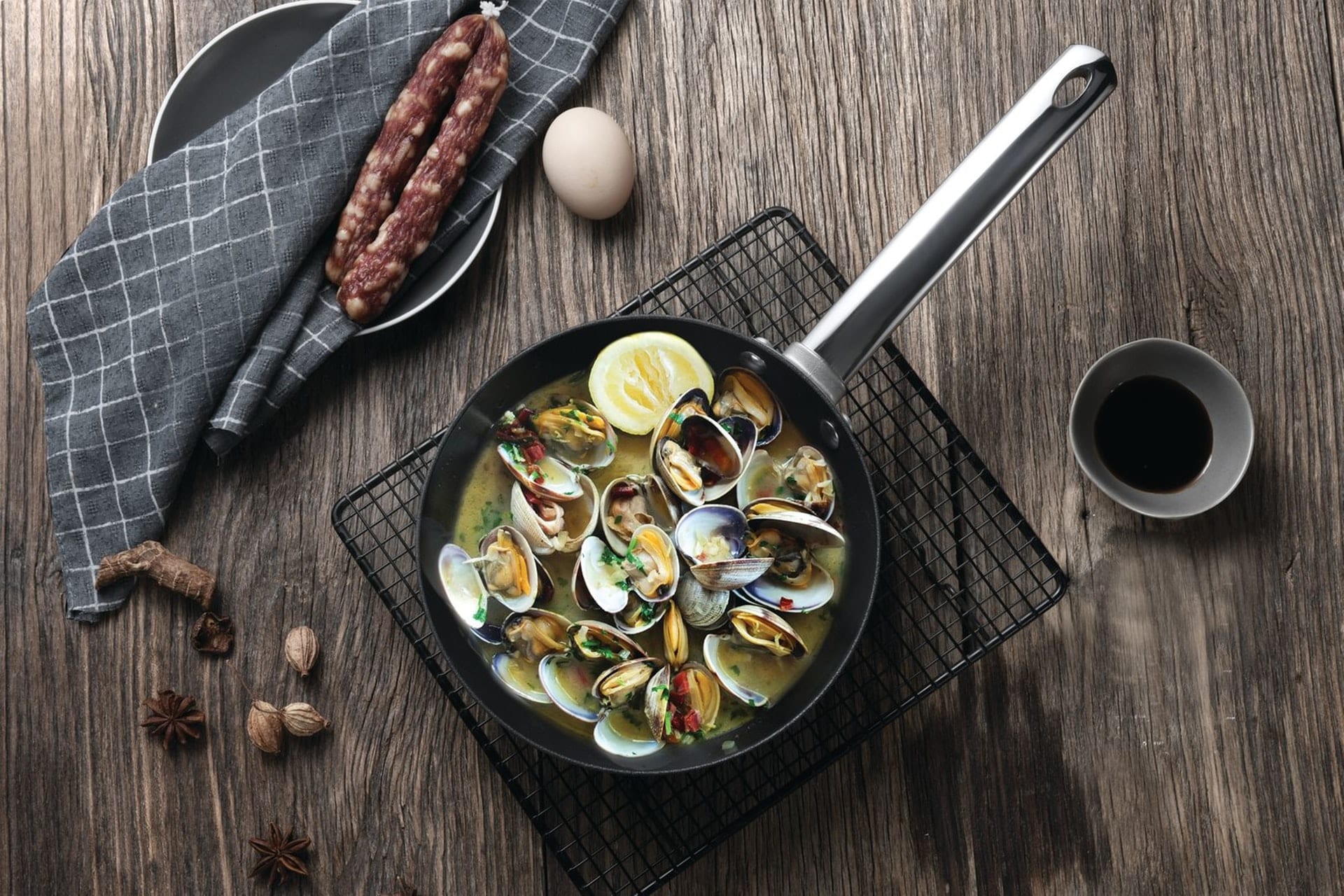 Maine clams are an exceptionally healthy food prized in the kitchen for their versatility—they can be fried, baked, steamed, stuffed, eaten raw on the half shell, turned into chowders, soups, and stews, or prepared wherever a recipe takes you. It’s no wonder. Maine clams are a whole nutritional food lean in protein, rich in minerals like iron, zinc, calcium, selenium, potassium, vitamins C, B12, and A, and are high in Omega- 3 fatty acids.

A Little Bit of History on the Maine Clam

Maine coastal waters are abundant with bivalve shellfish—scallops, oysters, mussels—but clams are a favorite dating back to the native peoples who inhabited the land down east. Numerous remains of clam middens, refuse heaps of clamshells, are scattered along the Maine coast down east. More than just a refuse pile, the ancient middens are a record of how vital clams were to the Wabanaki peoples, in their diet, migration, tools used to harvest and process food, and even currency. The Wabanaki name for the region of Frenchman’s Bay and Bar Harbor was known as “moneskatik”—the “clam-gathering place.”

The early European settlers who arrived along the coast harvested clams primarily for subsistence, though accounts suggest it was a food of last resort in times of scarcity. When Maine became a state in 1820, it continued the Massachusetts Colonial Ordinance of 1641-1647, granting residents the right to harvest clams for family or personal use, mostly bait for cod and haddock fisheries. Not until the Civil War did clams become a staple. Fried and served to troops as a cheap food source—the war widely introduced clams into far more Americans’ diet. In the post-war years and into the twentieth century, the demand grew. With the ascent of leisure in American culture, tourists furthered the demand for varying types of clam dishes—steamed clams became popular as did “shore dinners,” what we now refer to as the clambake.

Today, people from all over the world and all walks of life enjoy Maine clams. In Maine, you will find two species of clams: hard shell and soft shell. Both species are harvested throughout the year; May through October being the peak months for clamming.

The Dish Determines the Clam Shell

Here’s is the difference between a hard-shell clam or a soft-shell clam:

It is not uncommon for hard-shell clams to be referred to by their original Native name, the Quahog. Maine hard-shell clams come in three varieties related to size—Little Necks, Cherrystones, and Quahogs, which determines how they are prepared or used.

Little Necks derive their name from where they were first harvested in Little Neck Bay Long Island. They are the smallest hard-shell and most expensive. They are the most tender and sweetest tasting clams and are generally served raw on the half shell.

Cherrystones get their name from Cherrystone Creek on the eastern shore of Virginia. A mid-sized clam, larger than Little Necks, may be prepared raw, steamed, or chowder. They are also excellent for stuffed clams.

Quahogs, sometimes called chowder clams, are the largest clam. As the name suggests, they are used in chowders. Though the meat is tough, it is also flavorful and, whether chopped, minced, or diced, in addition to chowders, it is also good for clam cakes and fritters.

This species of Maine clams are commonly referred to as steamers. They are also called long-neck clams or even “pisser clams” because of the spray from their siphon—the long necks that protrude from their shell

Soft-Shell clams have a thin, brittle shell, and, because of their long neck, the shell stays slightly open. As the name indicates, these clams are for steaming, but you can also shuck them for sautéing or use for traditional New England style fried clams. For frying, use the whole clam bellies, strips, and cleaned neck.

Before shucking clams, it’s best to blanch them first to make them more pliable. Drop a full colander of clams into a pot of boiling water. Completely submerge them for twenty seconds, drain and place into a sink or large bowl of cold water, fully submerged.

Once you remove the contents if you are frying or making chowder, discard the shells. If you are serving raw or sautéed, discard the upper shell only. Whichever way you prepare Maine clams, they make for a nutritional and flavorful meal.