5 Fish from the Gulf of Maine You Must Try 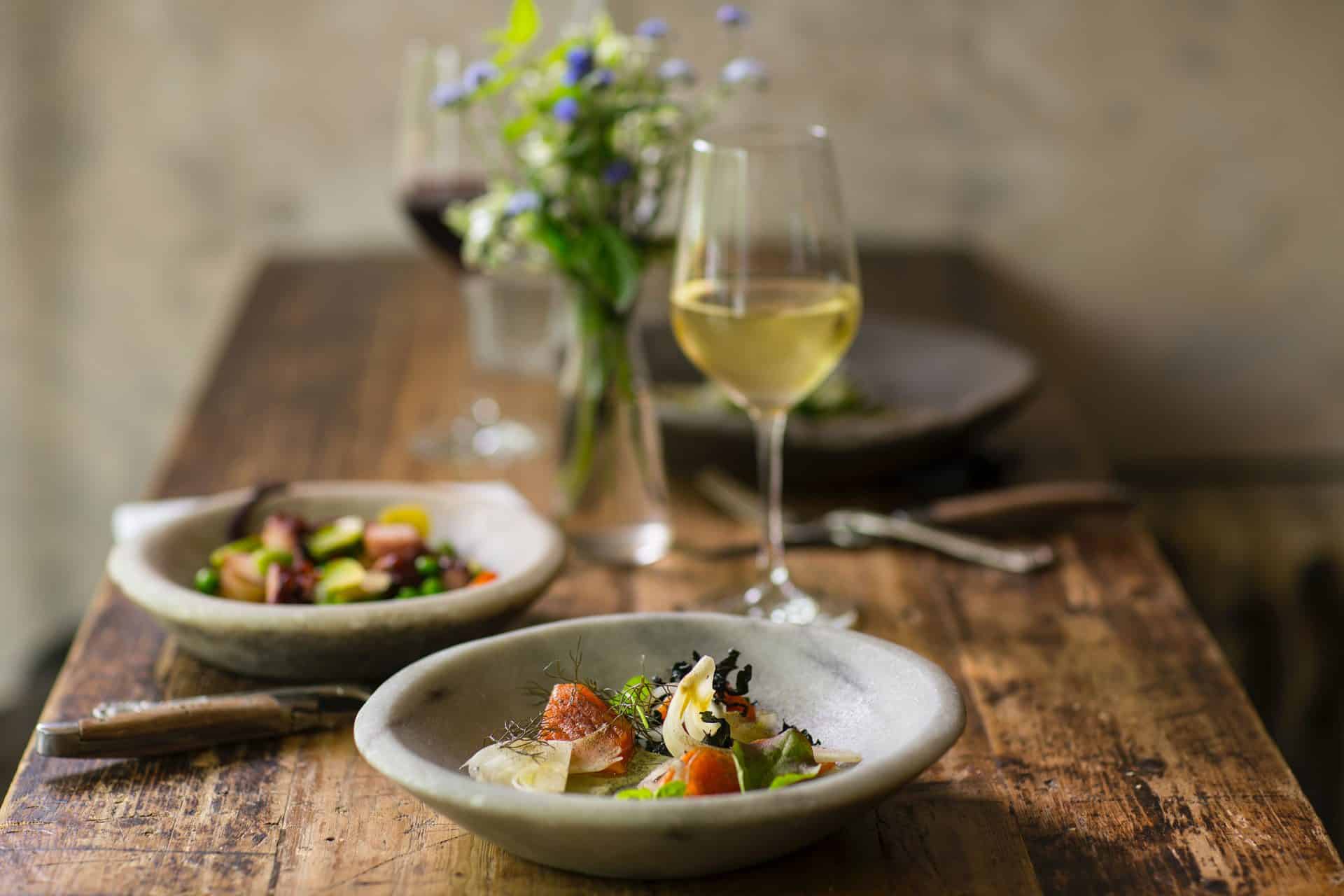 Seafood from the Gulf of Maine is considered some of the best tasting in the world. In large part, that is due to the unique marine environment of the Gulf itself. More a semi-enclosed sea than a gulf, it is defined by the Georges Bank to the east, which separates it from the Atlantic Ocean and Gulf Stream. Its principal land border is Maine, but the Gulf actually extends from Nova Scotia and New Brunswick to the north, south to New Hampshire and Massachusetts. Its waters within this basin consist of a healthy, oxygen- and nutrient-rich mix that receives constant exposure to sunlight. Such conditions have created an ideal environment for a spectacular array of diverse marine life to thrive.

Of the many species of fish that thrive In the Gulf of Maine, here are five guaranteed to please the palate of seafood lovers everywhere:

Halibut is a lean fish with mild, sweet-tasting white flesh, large flakes, and a firm but tender texture. Fresh Atlantic halibut makes for fine dining experiences in season—it is usually grilled, poached, or sauteed, but it can be just as tasty broiled, baked, or battered and deep-fried.

The Halibut harvest in the Gulf of Maine is heavily regulated with strictly enforced limits. The effects of hard fishing over the years have reduced the season from mid-May to mid-June. Commercial fishers, including their vessels, are allowed only 25 fish tags per year.

Haddock is lean white groundfish with medium flakes and is mildly sweet in taste. After cooking, the moist texture remains dense yet tender and will fill your mouth with an exceptional meat-like flavor without a strong aftertaste. It can be baked, broiled, deep-fried, poached, sauteed, or smoked. This tasty fish is lean in fat and low in calories, making it a great low-fat, healthy food. An exceptionally popular dish, you will more than likely find haddock on the menu of every roadside fish shack, diner, pub, restaurant, and fine dining establishment throughout the state and region.

Haddock are located throughout the North Atlantic, and they are a well-managed, abundant species. In the western North Atlantic they are primarily located in the Gulf of Maine and the Georges Bank and are jointly managed by NOAA Fisheries, the New England Fishery Management Council, and Oceans Canada (DFO).

As with haddock, hake is a groundfish and member of the Cod family. There are at least 13 known species that are commercially fished worldwide, 3 of which are found in the Gulf of Maine. These are the silver hake or whiting, a sub specie, along with the red and white hake. All species of hake share similar culinary traits regarding taste and characteristics—a soft, small, flaky white fish; it has a mild flavor similar to haddock but with a more delicate, medium-soft texture.

Though hake is sometimes frowned upon as being mushy, that is not its natural characteristic. It could be from bruising if improperly handled, but it’s likely due to being frozen. Therefore, always buy fresh hake without signs of bruising and has not been previously frozen. Frozen hake is perfectly edible and makes a very good fish chowder.

On looks alone, the Monkfish is something out of a nightmare. Scaleless and soft-bodied, it is one of the ugliest and scariest looking fish in the seven seas. All head and mouth, it has a nasty gaping maw filled with sharp claw-like teeth. Yet, beneath its outward appearance, the Monkfish is well-known and highly regarded for its mildly sweet taste and firm, dense texture. It is often referred to as the “poor man’s lobster,” not just because of its low cost in comparison but its similarity in taste and texture.

It is exceptionally versatile, too. Monkfish can be baked, broiled, fried, grilled, pan-seared, and poached as a main dish. It can also be used in sauces, gravies, soups, chowders, and pasta dishes. Sustainably managed and responsibly harvested, Monkfish is a very healthy food choice. It is a low-fat, low-calorie, low cholesterol source of protein loaded with minerals and B vitamins.

With its sharp-edged, elongated upper jaw and snout, the swordfish is one of the fastest and largest predators in the Atlantic Ocean. Found throughout the high seas, they visit the Gulf of Maine each summer from June through August.

Freshly caught swordfish is an exceptionally delicious fare—sold as steaks, mild-tasting, with white flesh and meaty texture. Swordfish steaks blackened or seasoned on the grill will elevate the backyard BBQ to another level. The species consists of more fat than other fish, which adds to its flavor and provides an excellent source of omega-3 fatty acids, selenium, and vitamins B12 and D.

Unfortunately, swordfish does have its kryptonite, and that is its mercury content. Nearly all fish have trace amounts of mercury in them. Predatory fish tend to have higher levels of mercury, in part, due to their diet of consuming said fish with trace amounts of mercury. More importantly, as larger fish, they live longer, which gives them more time to accumulate mercury in their system. That said, except for pregnant children or women, planning a pregnancy or nursing, one can enjoy fresh swordfish on the grill, but limit it to once or twice a month.

Klenda selects only the freshest and highest-quality seafood from the daily catch. Available for pickup or direct shipping, you can count on quality every time.