How to Cook Frozen Lobster Tails: A Pocket Guide 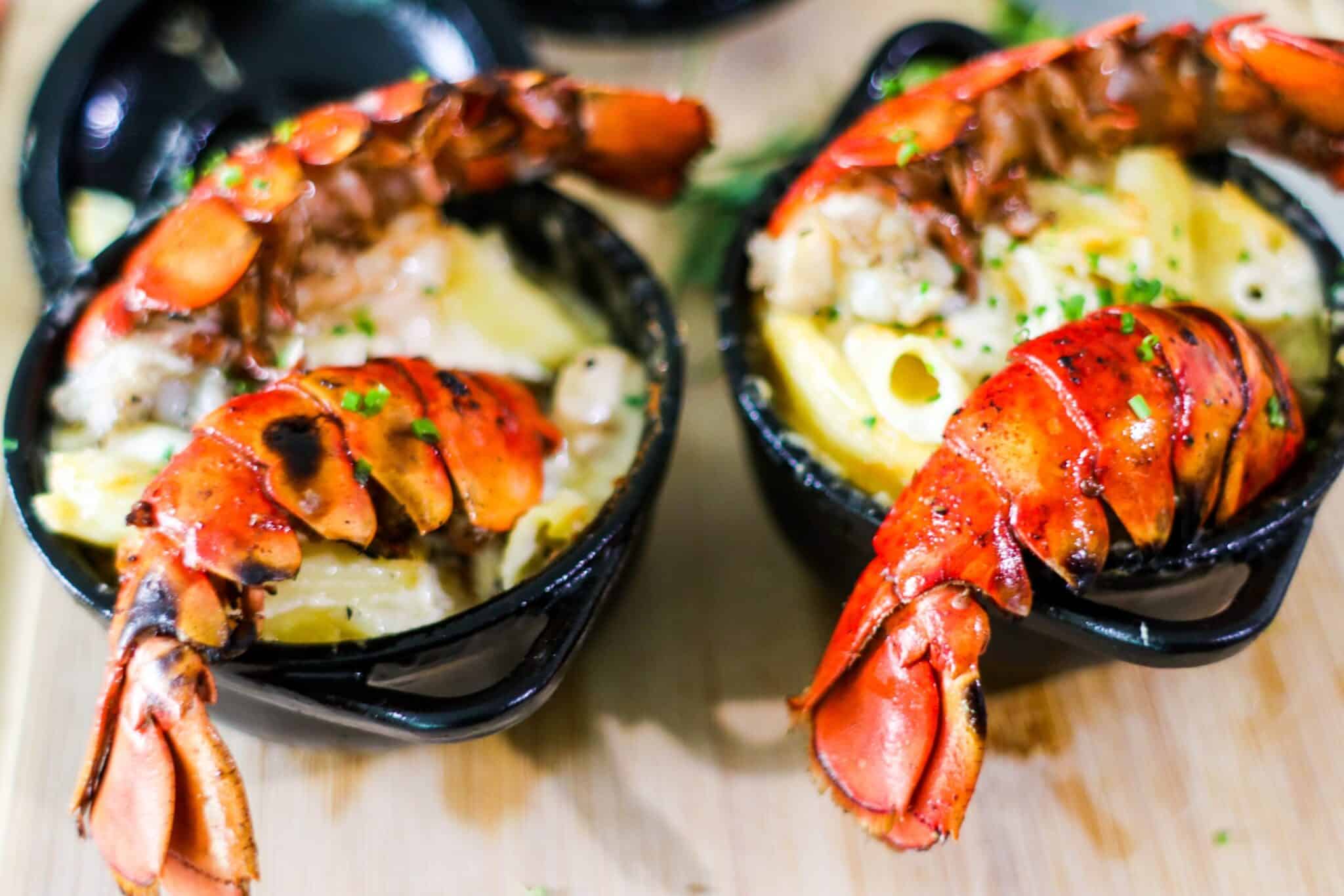 Learning how to cook frozen lobster tails is relatively easy. The hard part will be deciding which way to prepare them—in the oven, on the grill, in an air fryer, or in a pot. Whether planning a special event or to have on hand, you can order fresh lobster tails ahead of time online and then freeze them yourself. That way, you will know when the lobster tails are frozen – they will keep up to three months before the risk of freezer burn.

Though some seafood may be cooked frozen, it’s best to thaw lobster tails first. Cooking lobster while frozen can leave the meat tough and chewy. Also, the meat tends to stick to the shell if it’s cooked while frozen. Let lobster tails thaw in the refrigerator for a day before cooking. Once fully thawed, here are 6 ways to enjoy your Maine lobster tails.

You’ll need a deep baking pan or dish that can be covered to oven-roast your lobster tails. The tails must be steamed first while covered and then uncovered and roasted. Set the oven to 425°F to preheat. Thawed lobster tails should be placed in the baking dish shells up. Coat them with your favorite seasoning or sauce. Because liquid is needed to steam the tails, enough sauce or water should be added to fill the bottom of the dish. Cover the dish with a lid or tightly wrap it with aluminum foil and bake for approximately 6-8 minutes. Then, remove the lid or foil and let the lobster tails roast for another 4-6 minutes. Cooking times can vary due to the size and number of roasted lobster tails. Test with a thermometer. When the meat reaches an internal temperature of 145°F, the tails are ready.

Whether using gas, wood, or charcoal, heat the grill to medium-high. Once thawed, butterfly-cut lobster tails lengthwise with kitchen shears or scissors, but take care not to cut through the shell. Pull apart and brush the exposed area with olive oil or melted butter. Season with sea salt and pepper (if you like), and place tails on the grill shell side up. Grill for approximately 8 minutes without turning. The shells will turn bright red, and juices will bubble up and turn white. Remove from the grill and let cool for five minutes, then serve with warm, melted butter or your favorite dipping sauce.

Set the air fryer at 380°F. As with grilling, butterfly the lobster tails lengthwise and do not cut through the shell all the way. Pull the shell apart gently and then pull the flesh upwards slightly, just enough to separate it from the shell. Baste tails with melted butter or olive oil, and season with sea salt and pepper. Place the lobster tails in the air fryer and cook for 4 minutes. Open the fryer and add more butter or olive oil, then cook for another 2 to 4 minutes. When done, the lobster will be white or, if unsure, check the internal temperature (145°F) with a thermometer.

Depending on the number of tails and their size, it typically takes 8 to 30 minutes to bake lobsters. Set oven temperature to 350°F degrees. While the oven heats, butterfly cut the length of the lobster tail. Gently pull the shell apart without breaking. Pull the meat loose with a spoon or fork while leaving it inside the shell. Baste the lobster meat with melted butter or olive oil, and season with sea salt and pepper (if desired). Given that a tail from a 1 1/2 lb. Maine lobster weighs approximately 6 to 7 ounces; bake it for 11 to 13 minutes. Add a minute or two for each additional ounce. For example, two tails, or 14 to 16 ounces, would take between 18 and 22 minutes; three tails, or up to 22 ounces, would take 20 to 24 minutes to bake. Best to use a thermometer to check the internal temperature (145°F).

Broiling your lobster tails in the oven is quite easy. Once thawed, simply butterfly cut the tails as previously described and loosen the meat. Then brush the tails with melted butter and place them on a baking pan with the shell side up. Once the broiler has preheated, place the pan on the middle rack of the oven and broil for 6-8 minutes. Serve with melted butter or your favorite sauce.

Fill a large pot with enough water to submerge all the tails while boiling completely. Lobster tails will typically take 3-13 minutes to cook when boiled, with one lobster tail taking approximately 3 minutes and 6 lobster tails taking 13 minutes. This varies based on the tail size and quantity. For example, 16 to 20 ounces of lobster tails take approximately 10 minutes. For steaming, the pot should be large enough to hold all the lobster tails in a steam basket above the water line to allow the steam to circulate them. Cover the pot with a tight-fitting lid. Cook times are the same as boiling. Serve with melted butter, and enjoy!

Now that you’ve learned how to cook frozen lobster tails, it’s time to purchase! At Klenda Seafood, we sell the highest quality fresh and frozen lobster meat for you to enjoy, whether you live locally or across the country. Shop our products here!