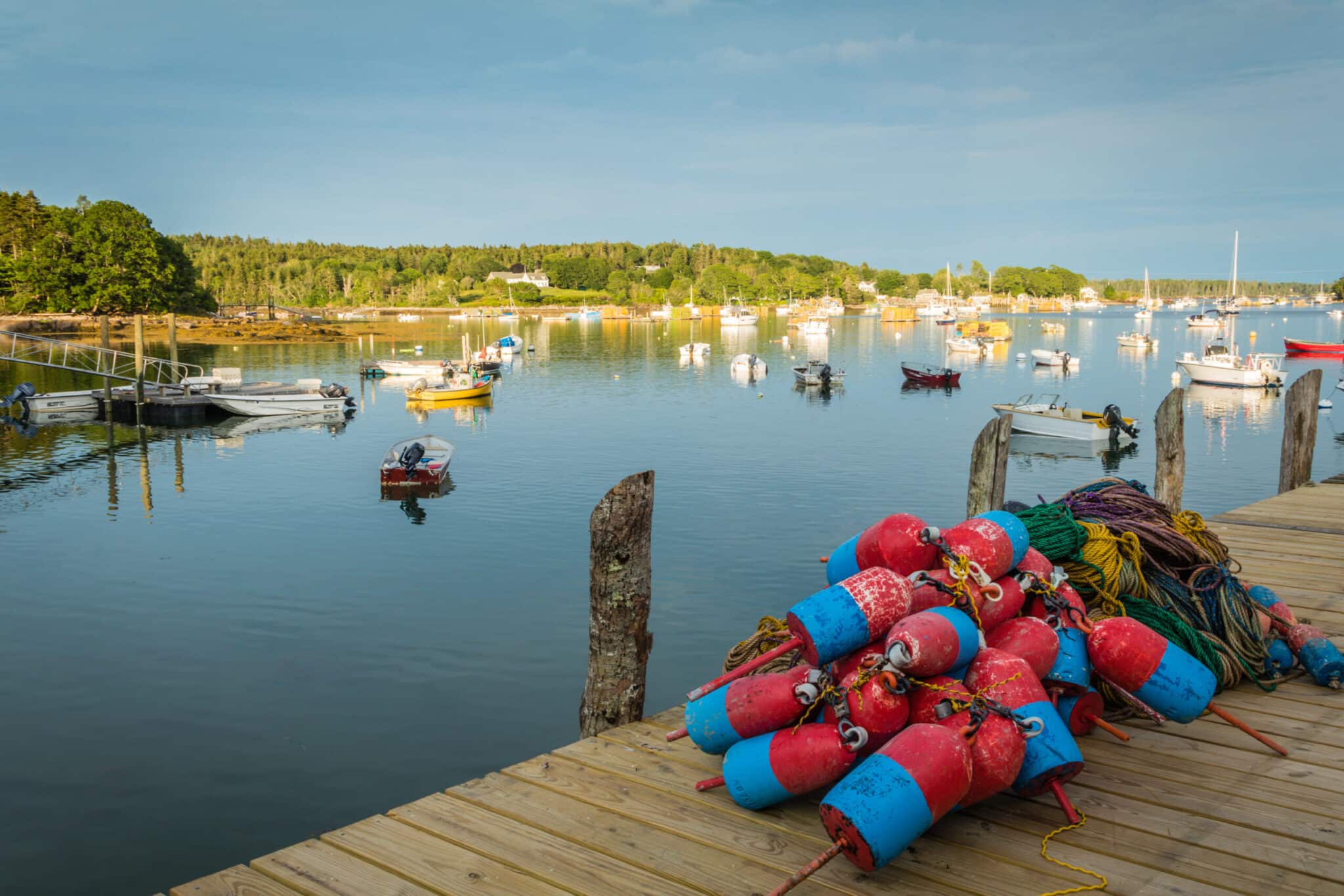 Maine seafood sustainability is a long-held tradition, particularly with lobster fishing. As a community, lobstermen and lobsterwomen have always been ahead of the curve in promoting and practicing sustainable measures to ensure Maine’s lobster industry remains healthy and thrives. Maine lobster is not only responsibly sourced but its fishery is also recognized as having the most sustainable practices in the U.S. Historically, Maine seafood sustainability has always been a priority.

The History of the Lobster Fishery in Maine

Maine has dominated the commercial lobster fishery industry since its inception in the mid-1800s, with lobster fisheries developing and expanding after the Civil War. Growing urban markets, the transportation revolution, affordability, and abundance drove demand for Maine lobster. The biggest development in spreading the popularity of lobster happened by chance. Re-imagining the lobster as a cheap food to that an exotic delicacy occurred when chefs realized they had been cooking it wrong. For maximum flavor, lobster had to be cooked alive. With that culinary innovation, demand exploded.

It was soon realized by those who fished for lobster that unregulated harvesting would destroy their livelihood. As early as 1872, when demand began to outstrip supply, the industry voluntarily began protecting the resource to ensure the livelihood for future generations—a practice that continues to this day. By 1879 the state had passed the first sustainability laws in the nation that established legal size limits that required lobstermen to return the smaller ones to the ocean. Responsible and sustainable fishing practices have been in place for 150 years. Today in Maine, sustainability has been successfully integrated, from the haul at sea through the entire supply chain to consumers.

Current State of the Lobster Fishery in Maine

By the numbers, the lobster fishery in Maine is exceptionally robust. Amidst the recent controversy surrounding the North Atlantic right whale and ongoing concerns over warming trends in the Gulf of Maine—demand for Maine lobster has increased. In terms of value, in 2021, the Maine Department of Marine Resources reported the lobster fishery had its most-valuable year in history, earning a record-shattering $730.6 million in earnings. Up 43% over the previous year’s earnings and breaking the previous high of approximately $540.6 million in 2016. That record total is reflected in a price increase of $2.50 per pound ($4.21 to $6.71) from 2020 to 2021—and an increase of over 10% in landings (97,898,662 to 108,889,871) from the previous year. The pandemic year of 2020 was the only year since 2010 that Maine lobster fisheries did not land over 100 million pounds.

As Maine’s largest commercial fishery, keeping the lobster industry sustainable is a top priority. The state’s progressive conservation laws and regulations ensure that the lobster population remains sustainable. It starts by limiting the number of lobster fishing licenses issued because limiting the number of licenses issued limits the number of lobsters caught. In 2021, there were only 5,763 legally licensed lobstermen and women along Maine’s nearly 3,500 miles of tidal coast. Licenses are only issued to small operations. Corporate fleets of lobster boats are not allowed.

Marine law also requires lobsters to be checked for size. Anything smaller than 3¼” or larger than 5” must be thrown back. The legal size limit allows younger lobsters to grow and mature. Protecting the older, oversized lobster for life allows them to reproduce. If egg-bearing females are trapped, their tails are clipped to mark and protect the breeding population before returning them to the ocean.

Another measure of protection relates to lobster traps, which are designed to hold only in-range lobsters. Escape events are built in the traps to let all but the legal-size lobsters escape.

Finally, wholesale markets are routinely monitored to ensure compliance with the law. Strictly enforced, any wholesalers caught marketing out-of-range lobsters are subject to heavy fines and can even be shut down. More than just financial repercussions are the damage to their reputations. Maine’s lobster fishery is a well-established, intimate network of relationships centered on trust. Once a wholesaler loses trust, they can easily be put out of business.

Importance of Sustaining the Lobster Fishery in Maine

Maine has succeeded in maintaining a healthy lobster population for over a century and a half by taking action to ensure a sustainable fishery. Lobster is sustainably sourced to allow the species to reproduce at a rate greater than the harvest. Laws and regulations are designed to prevent overfishing, protect habitat, and minimize the environmental impact on other ocean wildlife. Maine seafood sustainability practices, methods, and sourcing have been thoroughly integrated into the markets, restaurants, and seafood companies to provide economic and social stability for Maine’s commercial lobster fishery and for the greater good of the communities where lobster is sourced.